This is one of our busy weeks.  We have 2 birthdays plus St. Nicholas Day to celebrate plus a Holy Day on Saturday.  Did I mention the boys are scheduled to serve the early morning Mass on Saturday? And we have to leave here 40 minutes early to make sure they are there on time?  So much for sleeping in I guess. So there is my reason for putting this together a bit early.  Hope you can deal.

Sunday is Ellie's birthday but Alan has reserve duty so we won't be able to go out for her birthday dinner until later in the week.  But we'll still have cake after dinner.  What we'll have for dinner, I haven't a clue.  Ellie is talking quite a bit but as of yet, I have not been able to determine what her favorite meal would be.  I can tell you that she is really great at saying snack and no and gets really upset if her dad tries to put one of her stuffed dolls into his shirt pocket.  "No, Daddy! No!"

So how is that for a rather scattered and not quite organized meal plan?  In the end everyone will be fed but I can pretty much promise it won't look exactly like this by the end of the week.
Posted by Cheryl at 7:13 PM 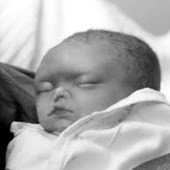